AO Foundation International is now officially certified as a 501(c)(3) non-profit corporation. Break out the champagne! …Now let’s get on with the business of sheltering, clothing, feeding and educating these little lanterns from around the planet, some of whom you will hear on AOMUSIC’s upcoming album “Hokule’a”! 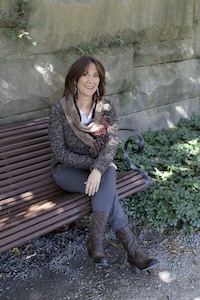 We are proud to announce that author Maya Christobel has partnered with Arcturian Gate and AO Foundation International, and as a board member, she brings new depth to our initiatives. Maya is an accomplished author and screenplay writer, as well as a great visionary, which makes her presence with us truly meaningful. She and Richard […]

Our heartfelt thanks to radio and internet broadcasters around the globe for voting AOMUSIC’s “…and Love Rages On!” BEST WORLD ALBUM of 2011 by Zone Music Reporter! Our Commitment and Gratitude Always, Richard, Miriam and Jay

THE TRUE CIRCUMFERENCE OF LOVE – an excerpt from “…and Love Rages On!” by Richard Gannaway

We can start to fathom our roll in nature by embracing the greater scope of its most enigmatic principle, Love. We’ll explore this essence outside the illusion of duality consciousness, which is the hallmark of human adventure through the immensely beautiful, but illusionary projection of time and space. Love doesn’t begin inside this illusion where […]